This article discusses the significance of plaintiff’s deposition testimony involving the “90/180” category and what should be elicited from the plaintiff in support of a threshold motion under this category.

The Courts have established that the “90/180” category should be construed strictly and each element must be complied with to qualify as a “serious injury”. See Licari v. Elliot, 57 N.Y.2d 230, 441 N.E.2d 1088 (1986). When moving for summary judgment under “90/180”, the defendant must first establish a prima facie entitlement to summary judgment by submitting admissible evidence that the plaintiff “did not sustain a medically determine injury that prevented her from performing substantially all of her daily activities for 90 days during the first 180 days.”

This often presents a problem for the defense counsels as most independent medical examinations are held years after the accident and as such, the defendant’s experts can hardly make any meaningful evaluation of the plaintiff’s ability to perform daily activities during the first three to six months immediately after the accident. Many threshold motions are denied based upon the defendant’s failure to meet his initial burden under the 90/180 category.

One alternative available to the defendants is to submit the No-Fault medical examination reports as these examinations are generally held within six months of the accident. However, if the reports do not specifically address plaintiff’s ability to conduct daily activities within the statutory period or if the reports actually confirm the plaintiff’s missed time from work from the accident, they cannot be used to support a threshold motion.

A. A “Medically-Determined” Injury or Impairment

As such, any testimony that could potentially negate either of the above conditions would be helpful. Questions such as “Why couldn’t you go back to work?”; “Did any doctor tell you not to go back to work?”; and “you mentioned you could not return to work because of headaches, did you ever tell your doctor about these headaches?” More often than expected, the plaintiff testifies that their inability to return to work or otherwise resume their usual activities has nothing to do with their medical condition. Some examples are “I could not go back to work because my car was totaled in the accident.”; “the doctor said I just needed to rest for a few days and could go back to work.”; “No, I did not really tell my doctor that my headaches were bothering me because my doctor was only treating me for neck and back injuries.”

The testimony could be used both to meet the defendant’s initial burden and to refute any physician’s affidavit or affirmation submitted by the plaintiff in opposition to the threshold motion. See Rico v. Figueroa, 48 A.D.3d 778, 853 N.Y.S.2d 129 (2nd Dept. 2008) (holding that physician’s affirmation insufficient to raise an issue of fact as it contracted plaintiff’s own testimony).

B. “Substantially All” of the material acts of daily activities

The Court of Appeals has held that “substantially all’ should be construed to mean that the plaintiff was “curtailed from performing his usual activities to a great extent rather than some slight curtailment.” See Licari v. Elliot, 57 N.Y.2d 230, 441 N.E.2d 1088 (1986). Additionally, the Courts have generally held that “the inability to perform substantially all of the daily activities” at least means “unable to work.” See Gaddy v. Eyler, 79 N.Y.2d 955, 582 N.Y.S.2d 990.

The First Department held in Baez v. Goldman 690 N.Y.S.2d 815 (1st Dept. 1999) that the plaintiff was prevented from performing “substantially all” of his daily activities when he had returned to work 76 days after the accident but was placed on “restricted” duty. The plaintiff submitted evidence that he was unable to perform significant aspects of his job duties and was curtailed in performing any household and recreational activities. Such evidence was held to be sufficient to raise an issue of fact under the “90/180” category.

On the other hand, in Berk v. Lopez, 278 A.D.2d 156 (1s Dept. 2000), the plaintiff also went back to work within three months and had to constantly change position in meetings and while sitting at a desk. The Court nevertheless held that the need to regularly change position to alleviate pain was insufficient to prove that she was prevented from performing “substantially all” of her professional duties. Id.

Therefore, it is important to elicit testimony from the plaintiff as to his/her limitations in daily activities. Deposition testimony should focus on “typical” days before the accident and within 6 months thereafter and generally include activities on the job, hobbies, and recreational activities.

The Court of Appeals has held that this element of the statute has to be satisfied literally. The plaintiff must prove that she was prevented from performing activities for “not less than 90 days” during the “180 days after the accident.” See Licari v. Elliot, 57 N.Y.2d 230, 441 N.E.2d 1088 (1986). It is worth emphasizing that the requisite statutory period is not limited to the first three months. Rather, the plaintiff only needs to establish an inability to perform daily activities for at least 90 days during the first six months. It is therefore important to inquire into plaintiff’s limitation in performing daily activities during the first six months during the deposition.

In light of the above, it is necessary to conduct a rather detailed deposition of the plaintiff with an eye towards a potential threshold motion. 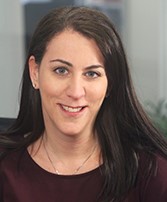