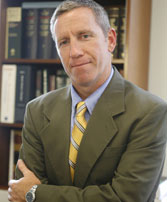 Following a two week trial, Sean Prendergast prevailed in the damages only trial in Jarama v. 902 Liberty Avenue Housing Development Fund Corp., Index No. 403580/2010.  The plaintiff, who had already been granted judgment on his Labor Law 240(1) claims, underwent five surgeries to various body parts including a lumbar decompression surgery. The plaintiff’s medical experts testified at trial that plaintiff will require a lumbar fusion surgery and total knee replacement surgery in the future. The plaintiff’s experts also testified that plaintiff will require future medical care for life, and the plaintiff’s economist projected the cost of the future medical care to be approximately $3,500,000.00.  During his summation, the plaintiff’s attorney asked the jury to award the plaintiff in excess of $9,000,000.00.   On March 8, 2019, the jury returned a verdict for $1,137,000.00, which was substantially less than what was offered to plaintiff during settlement negotiations.