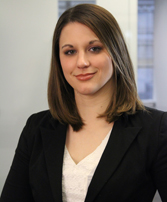 On January 4, 2019, Jessica Erickson obtained summary judgment and dismissal of plaintiff’s complaint in the matter of Hayward v. Zoria Housing, LLC, et ano., Index No. 10515/2014 (Sup. Ct., Kings County).  The plaintiff claimed that she sustained personal injuries when she tripped and fell over a dangerous wooden block supporting a sidewalk shed erected in front of her NYCHA residence, due in part to inadequate lighting.   Our office represented NYCHA, along with Zoria Housing, which installed the subject sidewalk shed. Ms. Erickson argued that the plaintiff’s own testimony established that the sidewalk shed was an open and obvious condition, and not inherently dangerous, because she admitted that she was aware of the sidewalk shed for six months to one year before the accident, had passed under the sidewalk shed only 30 minutes before the accident, and that at the time of the accident she was able to see where she was going.   The Court agreed, and also found the plaintiff’s arguments in opposition failed to raise a triable issue of fact since there was no evidence that the lighting conditions at the time of the accident were insufficient, and that the wooden block was open and readily observable by those employing the reasonable use of their senses. The plaintiff’s complaint was dismissed in its entirety.