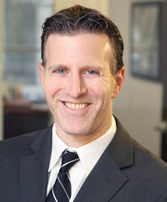 On November 8, 2019, Douglas Domsky won summary judgment dismissing the plaintiff’s complaint in Ramales v. 214 West 30th Realty, LLC, Index No. 12910/2015 (Sup. Ct. Queens County). The plaintiff sustained a severe laceration to his right dominant forearm requiring four surgeries which included vascular repairs, nerve repairs and a skin graft, when he attempted to remove a 7’ high wall panel mirror that was affixed to an interior wall. He alleged violations of Labor Law §§ 240(1), 241(6) and 200. Mr. Domsky argued that plaintiff’s work was not done in connection with any type of activity falling under the Labor Law § 240(1) statute, that the removal of the mirror panels which were slated for disposal was not an elevation risk covered under Labor Law § 240(1), that the mirror panels did not break or fall due to the absence or inadequacy of a safety device of the kind enumerated by Labor Law § 240(1), that the Industrial Code violations cited in support of his Labor Law § 241(6) were inapplicable and that there was no evidence of any common law negligence because defendant did not create or have notice of a dangerous condition and did not direct or control plaintiff’s work. The Court dismissed the plaintiff’s case finding that the work plaintiff performed was not a covered activity under the New York Labor Law and that there was no evidence of any Labor Law violations or common law negligence.