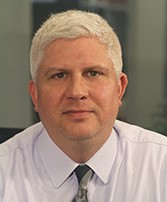 John Burbridge is a 1992 graduate of the George Washington University. He received a Bachelor of Arts in Math/Economics from Fordham University in 1989. Prior to joining Hannum Feretic Prendergast & Merlino, LLC, Mr. Burbridge was an associate at a general practice law firm where he concentrated his practice in the area of defense litigation, handling a wide array of claims on behalf of property owners, utility companies and manufacturers, including premises liability, motor vehicle, New York State Labor Law and asbestos exposure matters. Mr. Burbridge has also practiced in the area of banking and real estate, representing commercial clients in the metropolitan New York area. Presently, Mr. Burbridge practices in the area of insurance defense litigation. Mr. Burbridge is admitted to practice law in New York and New Jersey, the United States District Courts for the Southern and Eastern Districts of New York and the United States Court of Appeals for the Second Circuit.